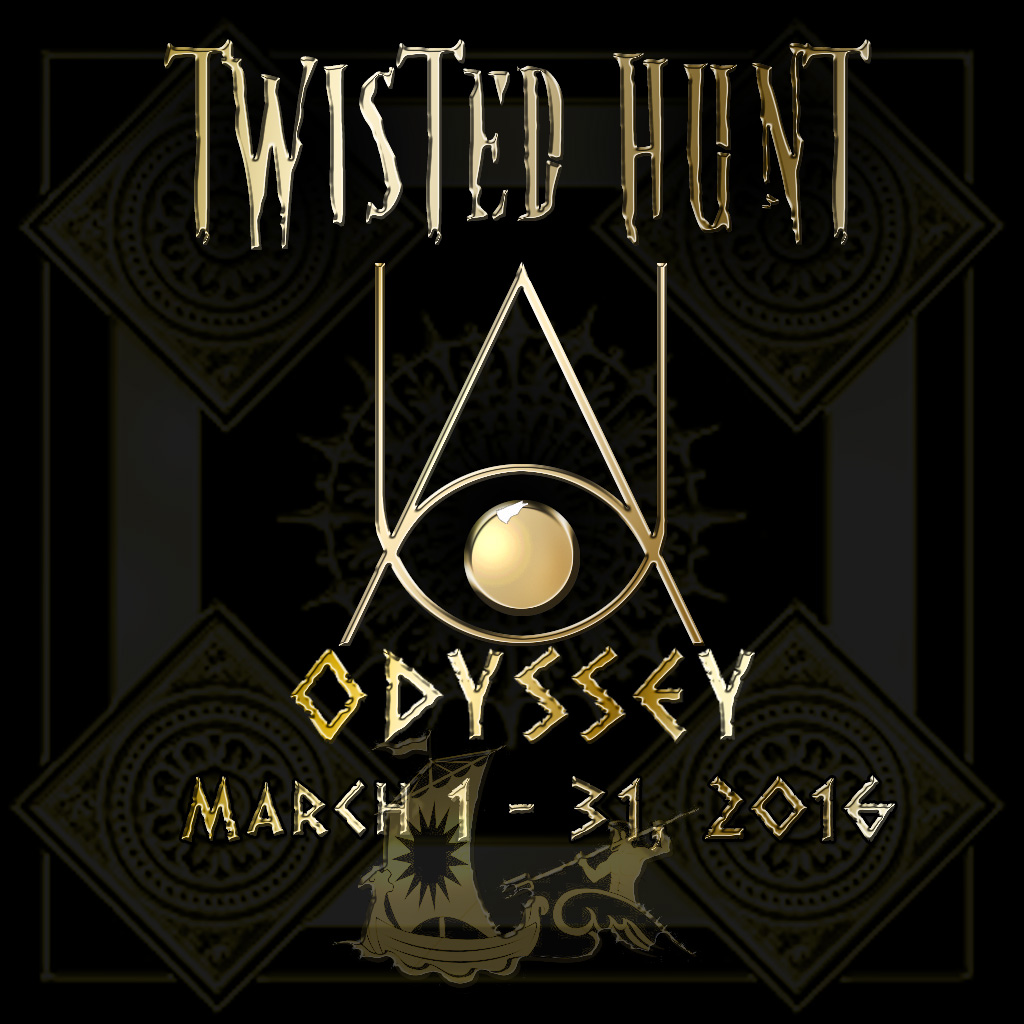 Twisted Hunt is lurking just around the bend in the road once more.

This is a grid-wide hunt that features many magnificent merchants, who will all be giving out a fantastic free gift for those willing to embark upon this perilous journey.  Beware, for here be monsters.

Once again, for the uninitiated:  Twisted Hunt, which will run from March 1-31, 2016, is the hardest hunt on the grid.  It is not for the faint of heart.  However, if you are willing, and put in a little effort, the pay off is grand.  Capped at 100 stores, each merchant will have a fantastic gift for those intrepid souls traveling the road to the End Game.

“But Sred,” You might say, a hint of pain in your voice, “How is this different from any other hunt?  There are, like, a million hunts in Second Life, and I almost always give up before I finish looking for stuff.”

Don’t worry, my friends.  Yes, some will give up in sheer frustration.  That is okay.  But for every person who fell to the side of the road, holding out their beggar’s cup, there are a lot more folks who make it to the end.  Here’s what you get for your effort:  Over 100 gifts.  Yes, over 100.  For, you see, many merchants have more than one gift, often set out as decoys.  You also get to participate in games:  Mazes, zombie hunts, puzzle games, whatever twisted ideas ooze from the minds of our erstwhile merchants.  There will also be gachas, both in the stores, and in the end game.  Many stores will have sales, Midnight Mania boards, Lucky Chairs, freebies and dollarbies, discounts for Twisted Hunters, the whole shebang.  Oh, and I did mention the End Game.  This will be quite a Quest, as you navigate the labyrinth to the center of Twisted City.  Once there, you will find many more prizes, gachas, and a Survivor Tag.

Are you a merchant interested in torturing the souls of our mighty hunters?  Go to http://twistedhunt.com.  Read the rules, then sign up.  It’s great fun.

Avatar Bizarre is a sponsor, and the prize gift will be posted here as soon as it’s made.

I highly recommend you join the Twisted Hunt group inworld.  We’re all a bunch of freakazoids, but there are volunteers who give hints for the various locations, and you can make some great friends.