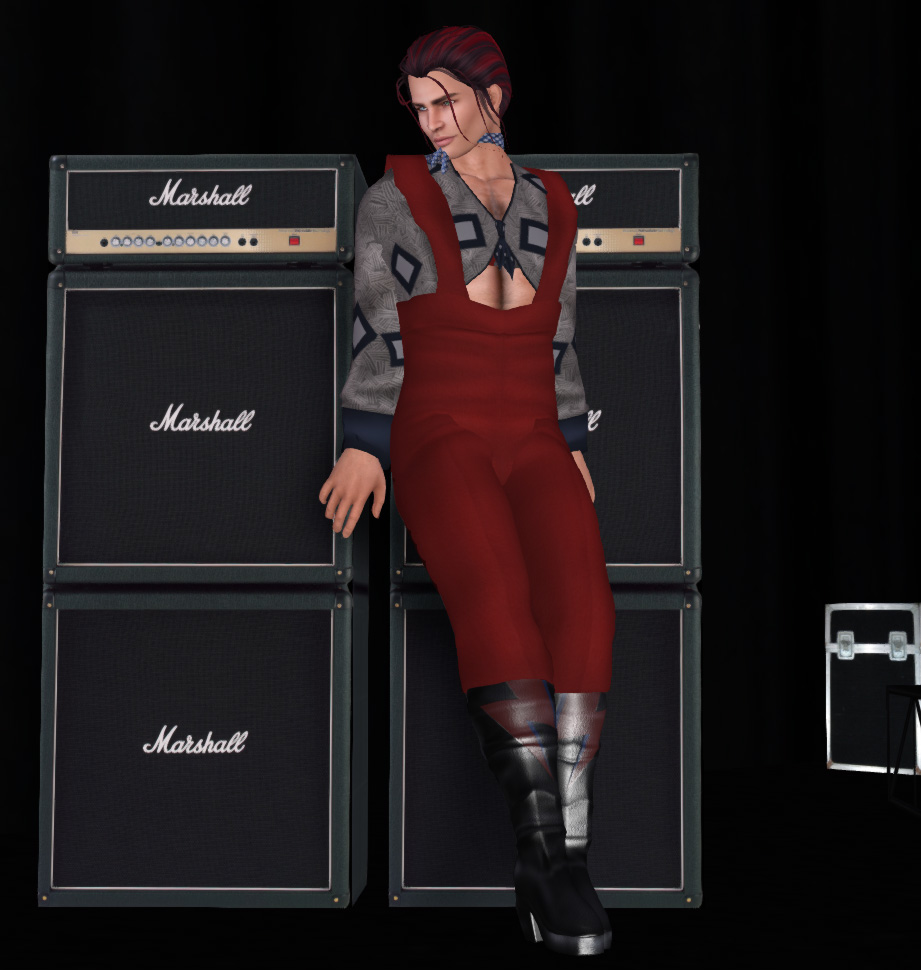 When I heard about a David Bowie inspired event in Second Life, my first thought was, “I hope they’re still taking applications!”. My second thought was, “Who cares? I’m applying anyway!” Then the third thought was, “Even if the event is full already, I’m still making this thing!”

It turns out I got in just under the wire for this event, and the item I had started to make while I was hoping to get into the event was coming together quickly and nicely. You see, I’m a huge fan of David Bowie, and I’ve been making Bowie inspired outfits in Second Life for years.

Only this time I had an actual excuse, other than typical fan boy stuff. Now it’s been sanctioned by an event with deadlines and everything. 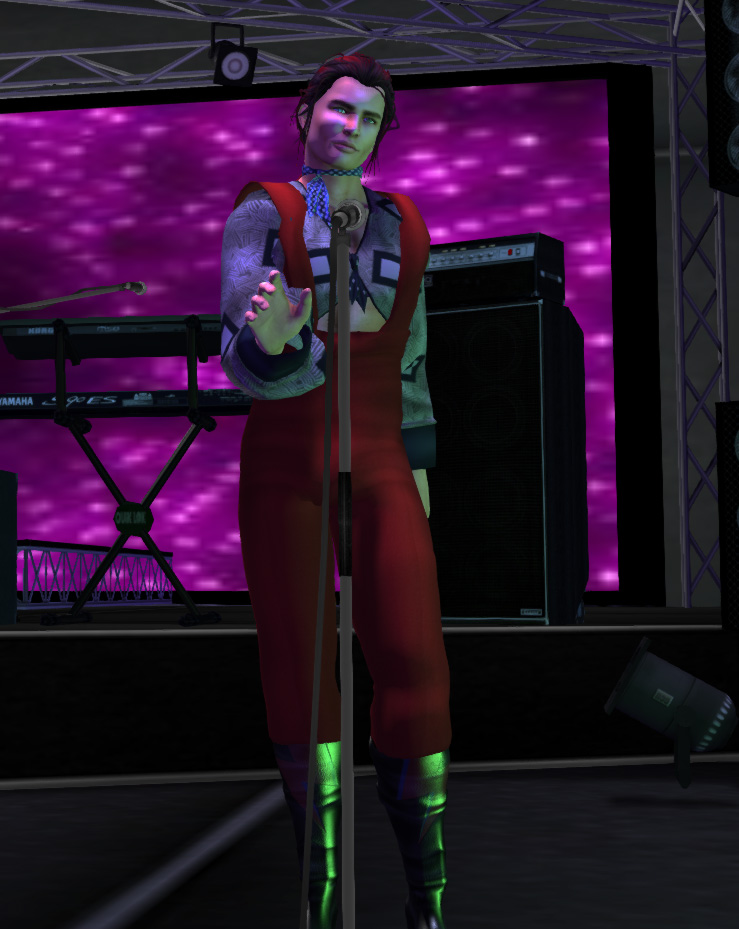 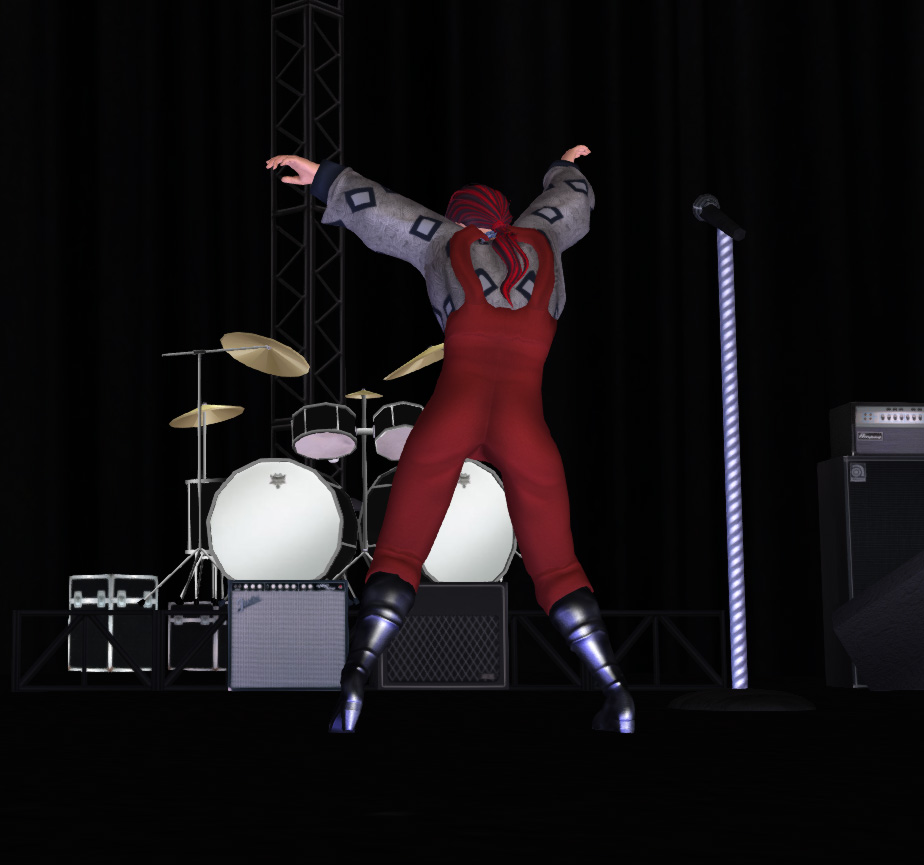 Diamond Dogs, inspired by Bowie’s Halloween Jack period (That short bit between Ziggy Stardust and Plastic Soul) is a fitted mesh creation, made for the SLink Physique bodies, though they do fit regular default Second Life avatars pretty well. There’s a male version, and a female/femboy version available, and both have been materials enhanced. Both come with a color HUD and an unrigged scarf.

To top things off, or maybe to bottom them off…they are boots after all, the Future Legend boots are sold separately, but were made to work with this outfit. The boots are fitted mesh and the package contains versions for both male, and female/femboy. The boots, like the outfit, have a color HUD and an alpha. 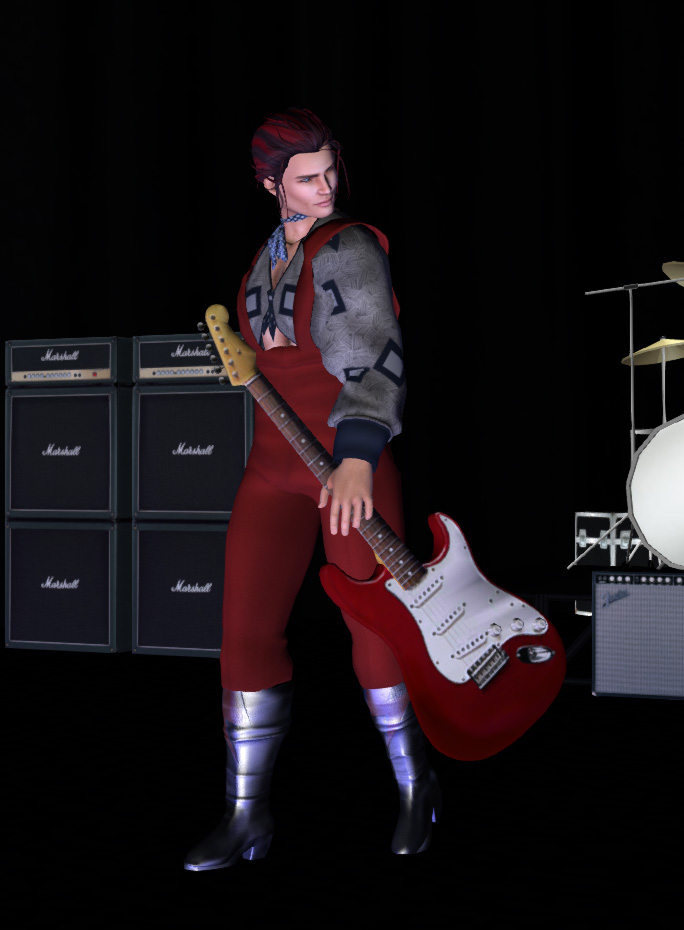 Both of these items are available at the InspirationsSL event, opening on June 19.  A landmark will be posted in a few days.