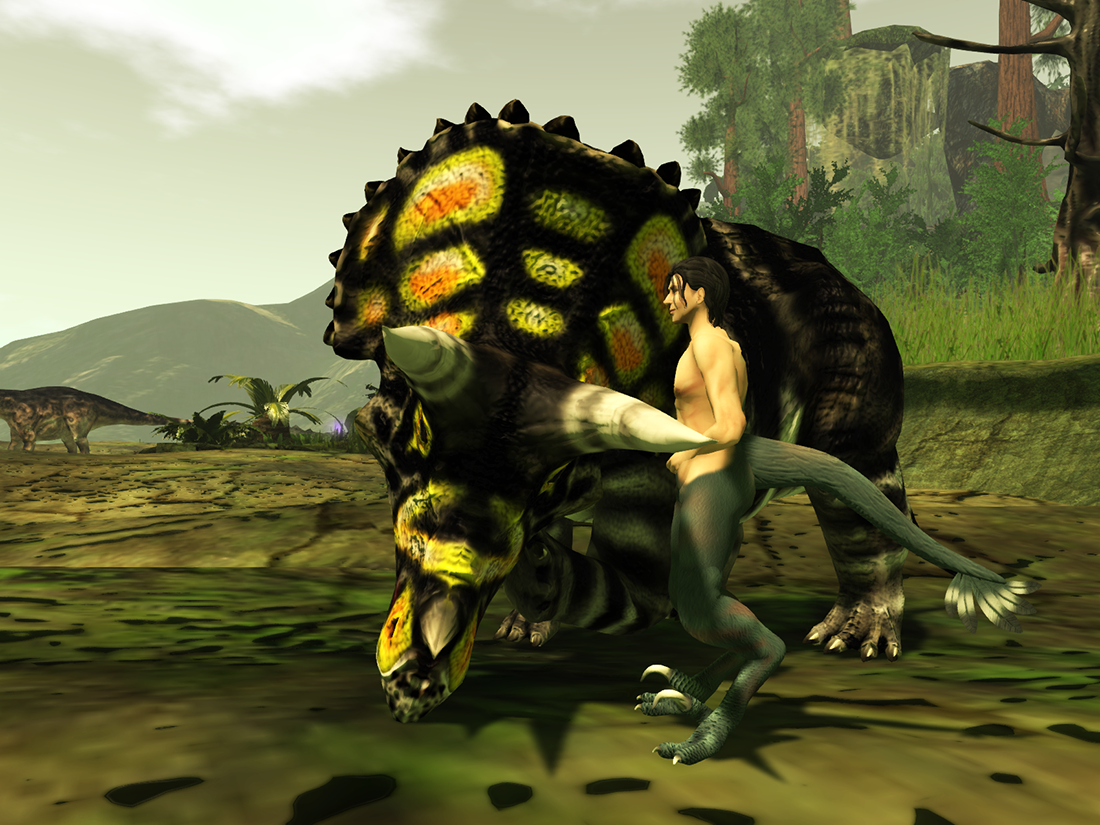 I have to admit that I’ve been on a bit of a dinosaur kick lately, what with Jurassic World giving me the idea that a velociraptor would be a great pet, the cool feathered sauropod being found recently, and the general idea that dinosaurs will never not be seriously cool.  They were real life dragons. Okay, so they probably didn’t breathe fire, and definitely didn’t crunch knights in shining armor, but they ruled the Earth for millions of years before that big space rock hurtled into the Yucatan Peninsula.65 million years ago.  And now Avatar Bizarre is about to release a new set of Mesh Velociraptor Legs. 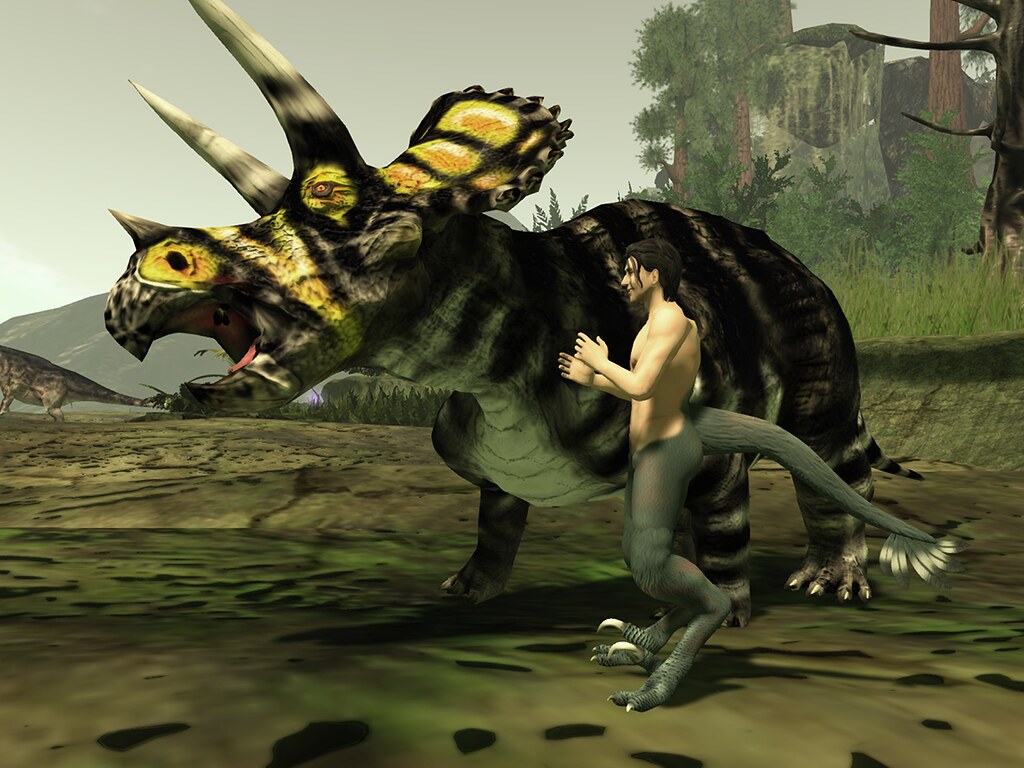 The cool thing about these legs is not only do they come in a male size, and a female size (good for femboys as well), but there’s a color HUD included for the legs.  In addition to the eight color legs HUD, you also get all eight tattoo layers (that’s the upper body bit that covers the thighs and belly of the avatar), plus a tattoo HUD for SLink and Omega with all eight colors. There’s also an unrigged mesh tail you can resize or reposition.  Don’t worry, dementoids and dementites, it’s on the color HUD too!

In the spirit of the Cretaceous, I headed off to a Pateolisthic sim and hung out with the Triceratops for a bit.  While there, I also had a conversation in Second Life that you can only have in Second Life.  As I landed, a Tyrannosaurus Rex said hello and said, “Cool avatar.  I wouldn’t have thought there could be a half human dinosaur.”

Not missing a beat, I told him that I’d had a nasty transporter accident.

So there you have it, gradies and lentlemen; the Velociraptor legs.  These will be available just as soon as I can (a) finish all the tattoo layers and color HUDs and (b) coerce my female model to do some pictures with the female sized legs.  She’s a good sport, so it’s really up to my rather lackadaisical non-motivation at the moment.  Never fear because these will happen soon, and in these amazing colors: