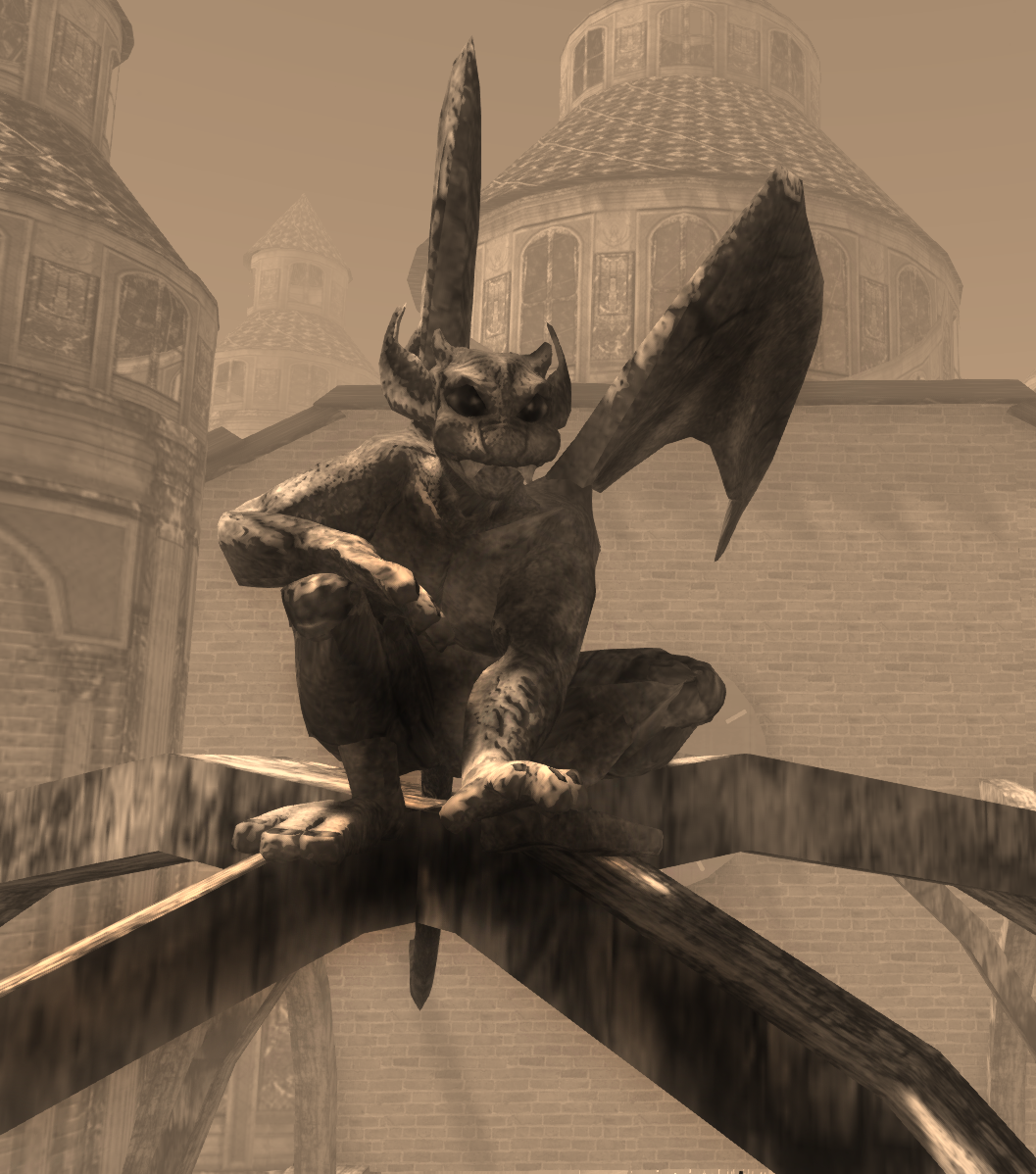 The gargoyle watches from atop the wall, ever vigilant, ever patient.  It is a dark and mysterious creature, said to guard against evil spirits.  It is a protector of cathedrals and other classic structures, laying wait among the flying buttresses. Traditionally thought to have turned up in medieval times, gargoyles can be traced even farther back to the Egyptians, where they were placed to guard temples, where their mouths would spout water for all eternity.  Gargoyles, in the shape of lions and other ferocious animals, also served to guard Greek temples. 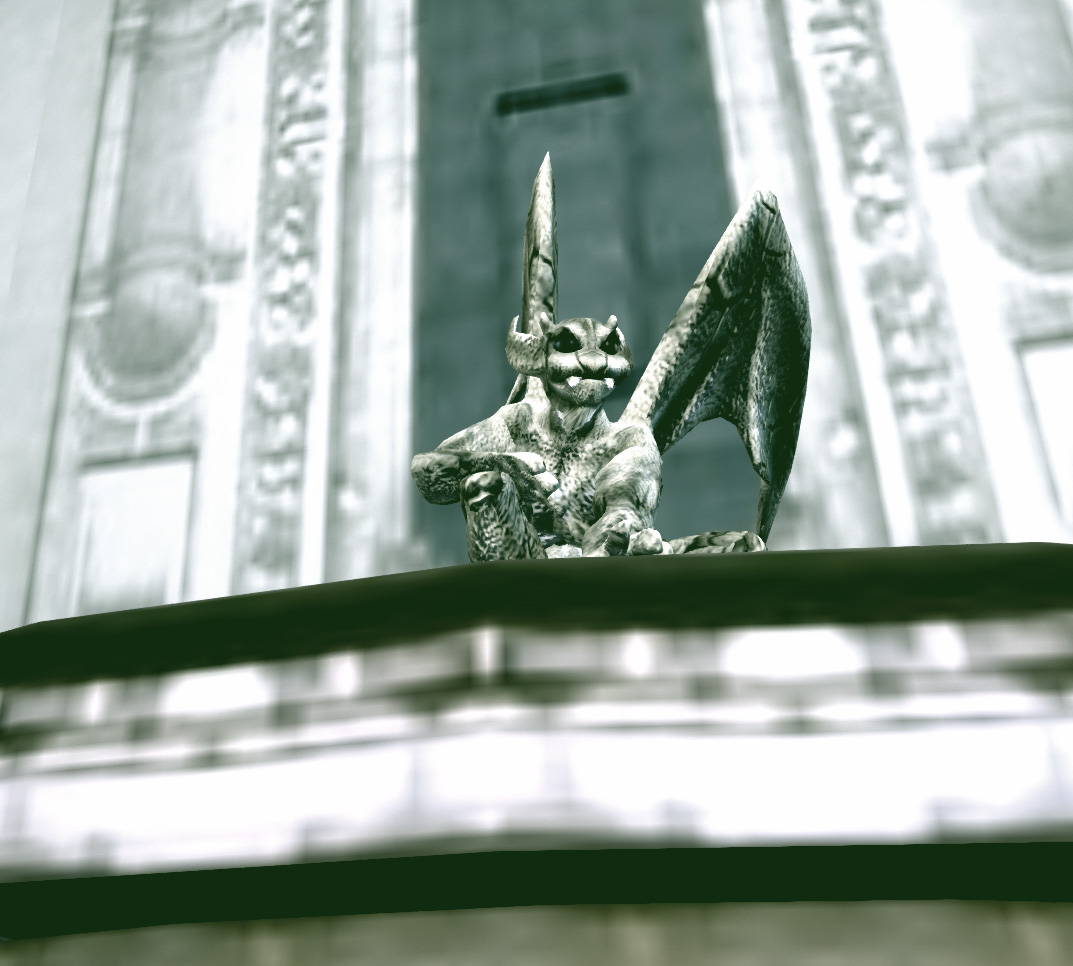 Gargoyle is a name often attributed to St. Romanus, who fought a creature called Gargouille, who was supposedly so scary looking that he frightened off evil spirits.  Rather than be vanquished by St. Romanus, he became a protector.  Gargoyles are often used to decorate buildings, such as Notre Dame de Paris, and  Westminster Abbey.

Avatar Bizarre’s latest offering in the Hidden Sanctuary event “From the Shadows They Do Come” (Starts October 10 in the Hidden Sanctuary sim) is the Gargoyle Avatar.  Available as male or female, it includes a color HUD with several stone choices, a pair of blinking eyes, and a pair of color change eyes.  This is also materials enhanced.  Cathedral not included.  Cost is 475L for either version.