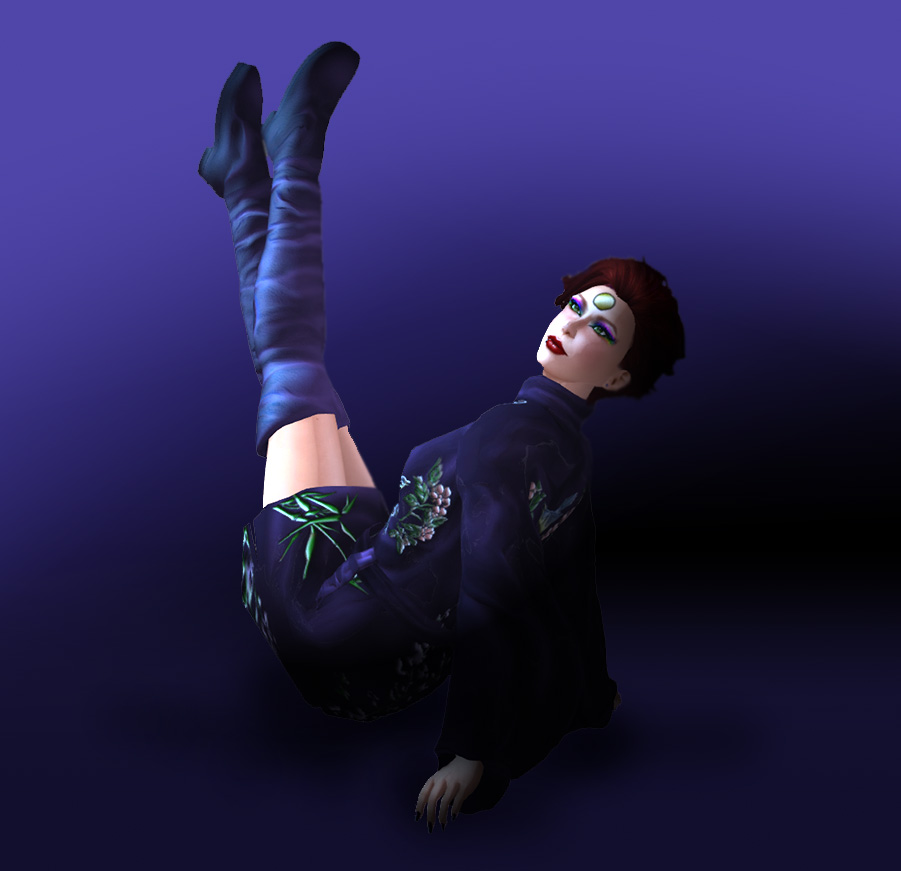 It’s been over a week, and it still feels strange to be living in a world where David Bowie’s mortal body no longer resides among us.  However, we not only have a vast body of music and film to hold close, but the Starman has managed to give us some parting gifts.  In the coming years, his estate will be releasing a lot of music that he kept locked away until he shuffled off this mortal coil.  Spanning decades, and ending with the last ten years, we will get an era by era retrospective of new (to us) music from the Master.

As a lifelong fan, it just seemed fitting to get to all those Bowie-inspired outfits I wanted to make once I learned enough Blender to get by.  Last week, I released the male version of the Moonage Daydream, a kimono-style costume worn by David Bowie during his Ziggy Stardust period.

This week, I’ve finally managed to get the female version out, and WOW!  Would you look at Misha over there?  She is simply stunning in the blue Moonage Daydream option.

Like the male version, this includes a color HUD, two sizes of rigged boots, a Ziggy forehead tattoo, and you supply the Cool.  **Please note** There is a femboy size included in the male Moonage Daydream package. 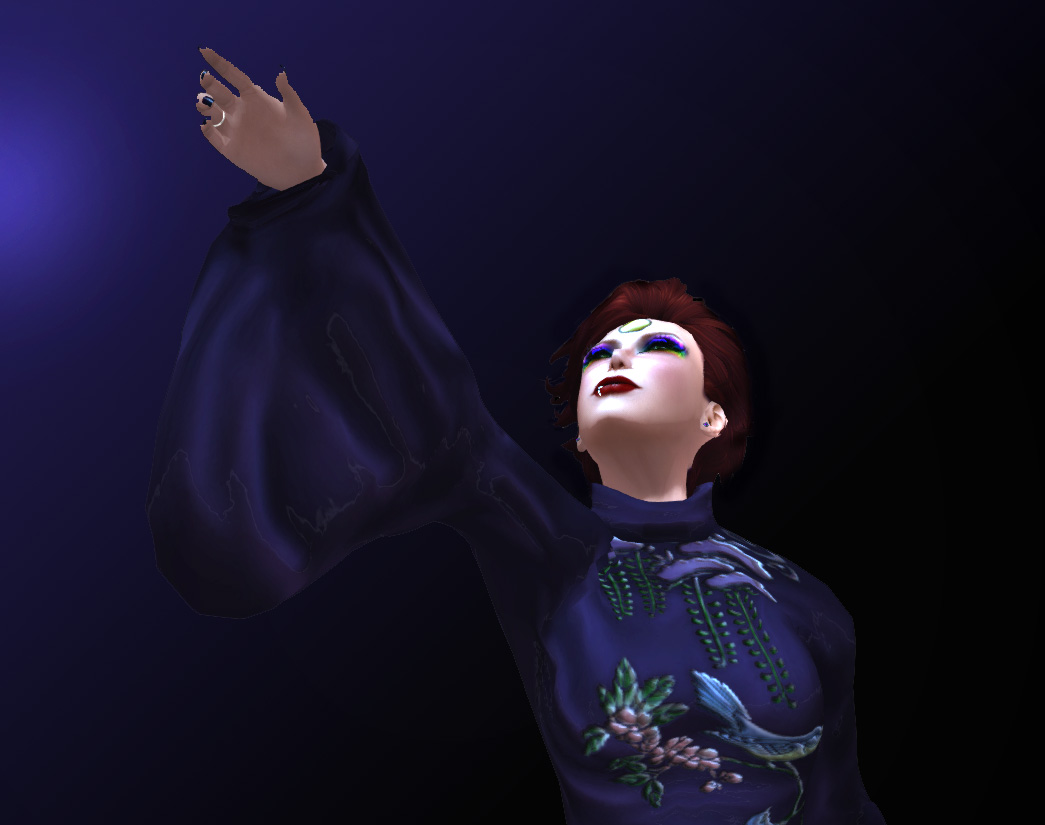 I’ve also released several other new outfits this week, which will get their own postings soon.  Meanwhile, this number is available on the Marketplace and inworld.