Fantasy Faire is now OPEN!  For those of you who have somehow missed this momentous Second Life Event, it happens every April, without fail.  It encompasses several sims, each of which has a different builder.  All builders have unique and spectacular ideas for the look of the sim to which they’ve been assigned.  The Faire exists to raise money for Relay for Life, and boy do they ever!  Between all the merchants selling things on RFL vendors, and all the donation kiosks and gotya machines, they raise thousands of dollars to eradicate cancer.  You can get to Lucentia Sim here —>  http://maps.secondlife.com/secondlife/Lucentia/65/129/53

Once again, Avatar Bizarre is playing a part in the Faire, offering a few items as donations to the cause.  The booth is located at the Lucentia Sim, an epic expanse of Greek columns and glowing things, surrounded by water.

Of course, you should see what’s lurking around the booth, but here’s a bit of a sample for you good folks. 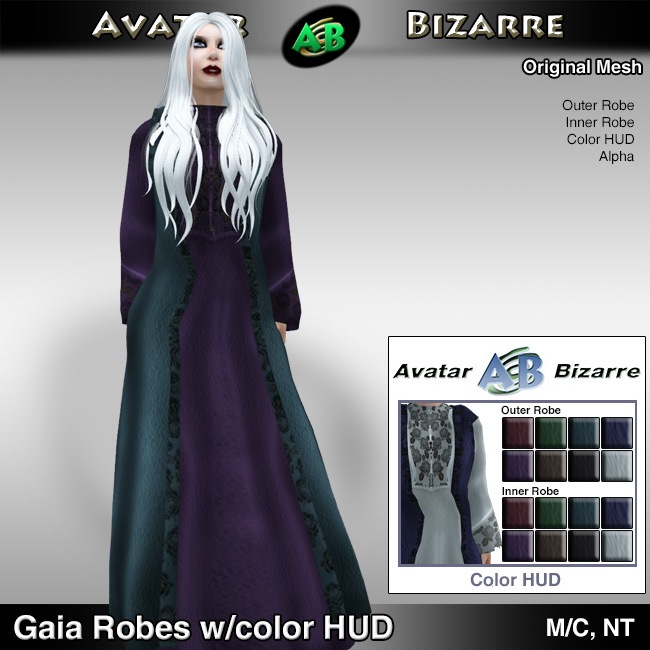 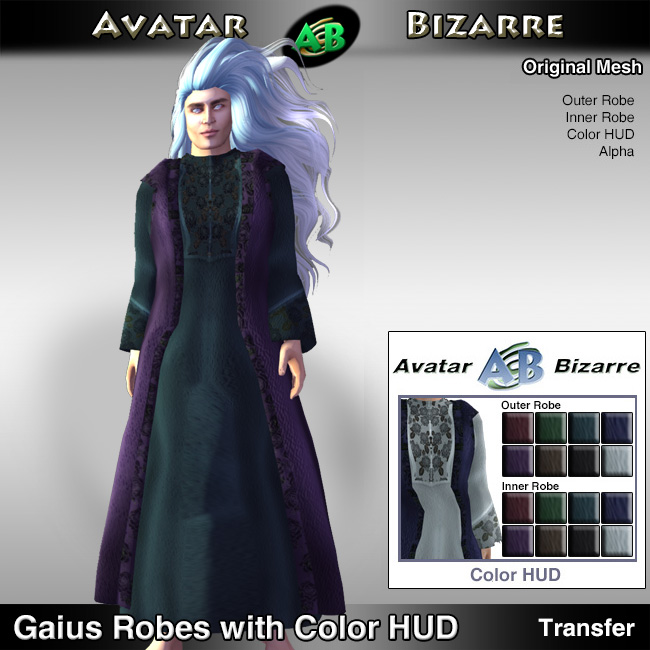 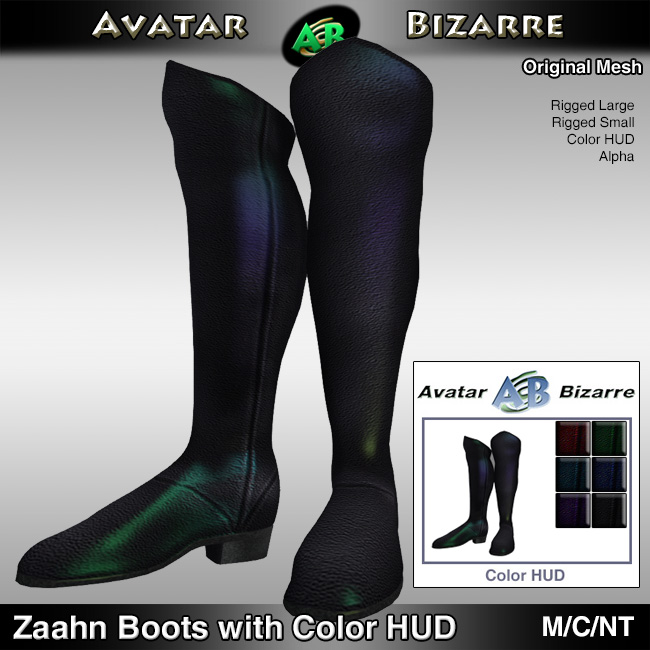 There are also a few other new items including the male and female Zaahn outfits with Omega appliers.

So stop by the booth, buy a few things, and go exploring at the Faire!  You don’t want to miss this one. 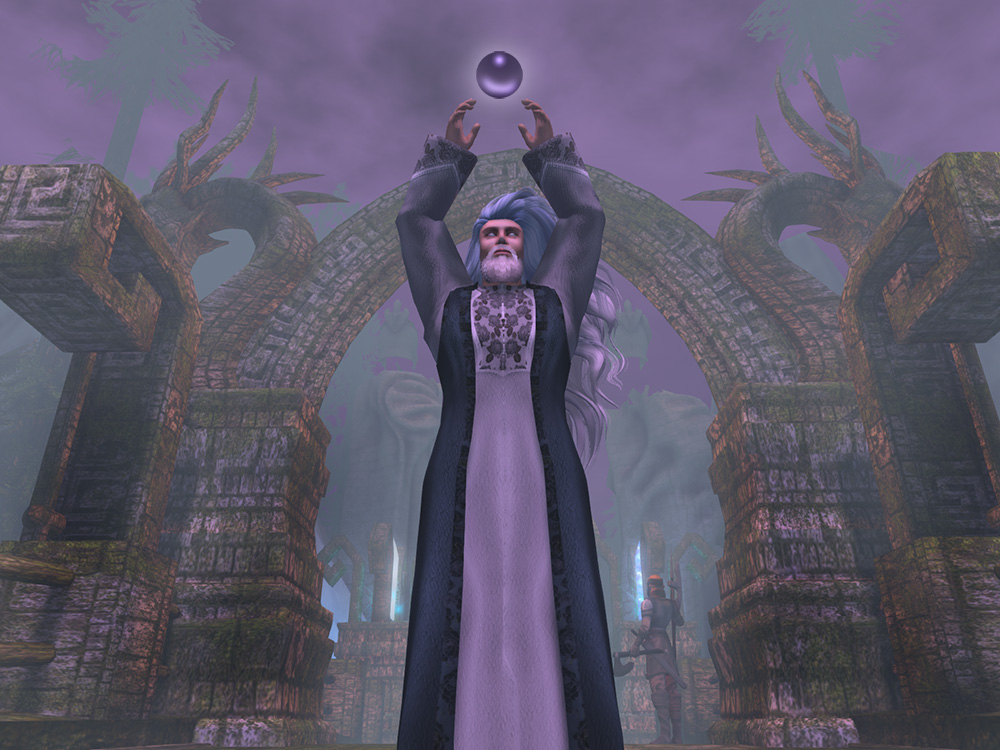 Gaius was once a powerful sorcerer in the land of Albion, but when Uther outlawed magic, Gaius hid his powers and became the Court Physician.  He was wise beyond his considerable years, and hid his powers; concocting tinctures and potions to heal the sick and wounded with only his knowledge of herbs and fungi.

Avatar Bizarre will soon be releasing the Gaius Robes, a wonderful new outfit that includes the inner garment and an outer robe, both of which are on a color HUD to give you several color combinations!

The female version, the Gaia, will be much the same, only a lot more feminine.