Let’s face it.  As much fun as I have playing music for the huddled masses, I’m rubbish at blogging playlists with any sort of regularity.  I’m pretty awful at it, in fact.  So I’m going to consolidate a few things and hopefully get my butt into gear with this stuff.

I’ve been dying of some virulent Martian Death Plague of late – the kind of pestilence that has an ugly habit of sticking around for weeks and days, in spite of apparent healthy spurts now and again.  I blame my real life job for the illness, since I work with kids, and we all know those things are horrible vectors for disease.  I spent a Saturday night last week being riddled with the Galloping Ick, and really don’t remember much of the set, except that I’m pretty sure I died in the middle of it.

Saint Patrick’s Day was the ubiquitous theme for all of Second Life’s copious clubs last weekend, and The Village of Nyght is no exception.  I tried really hard to lay off the usual Irish and Celtic fair everyone else in the world would be playing, but alas, it was not in the cards.  The Irish was demanded of me on no uncertain terms, which you will notice creeping into the set via request.

Demons and Angels at the Village of Nyght.
It isn’t often I get to dress up as an evil Pope and lord it over the airwaves with a mind-numbingly great set of Sacrilege and Blasphemy.  Ordinarily, a Demons and Angels event would call for songs about Demons or Angels, but I figure what with Easter so close I can spit on it, plus the advent 0f a brand new Pope in the bulletproof glass box up at the Vatican, it was time for all things heretical.  Face it, most of us are probably bound for Hell, if you believe in such things.  It will be quite the party with Forbidden Donuts, every Rock Star who ever lived and died, and a bevy of demonic minions to pal around with all hours of the day and night for all eternity.

Lately, parties have been a little on the slow side in Second Life, but this has been okay by me, since I suffered egregiously at the hands of a voracious and unholy plague that threatened to waylay me for as long as possible.  The second weekend I had the tuburculoid cough, I figured there’d be no harm in being high on Codeine for my set.

However, I was reasonably sober for this week’s set.  I hope to podcast this thing for you good folks.  So stay tuned. 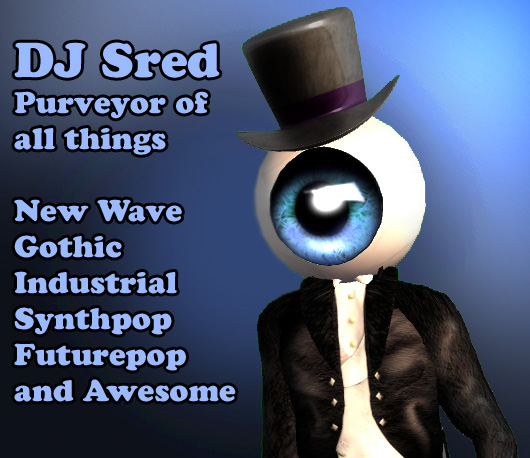