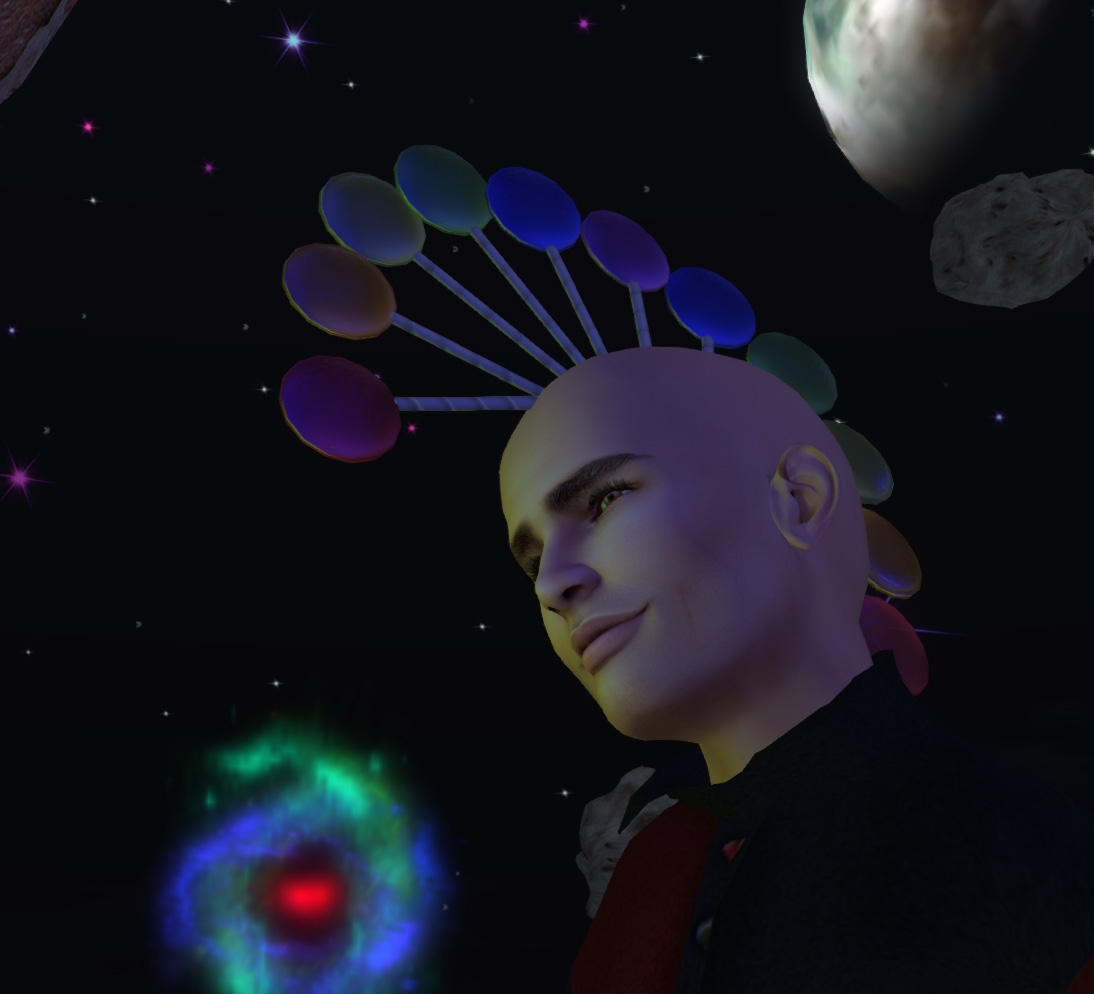 A Spoonful of Sugar is a festival benefiting Doctors Without Borders.  This Second Life event starts on September 9, and will feature several fantastic merchants selling items to raise money for this charity.

Avatar Bizarre is happy to be a part of this event!  There will be a couple of new exclusives with 100% of sales going to Doctors Without Borders.  Here’s a sneak preview of an Avatar Bizarre exclusive:  The Head Candy Rainbow Mohawk.  This mohawk is unisex, 100% mesh, and materials enhanced.  It is Modify and Copy, so you can resize it to fit anything from Petites mesh avatars on up to Titan avatars.

There are two packs available:  The rainbow mohawk, and a fatpack featuring six solid color mohawks in all six colors.

As homage to a by-gone era of three chord music, laced up leather boots, mohawks, and plaid zippery pants, Avatar Bizarre is thrilled to present the latest in an ever growing line of mesh footwear for men and women.

The Seeth Ransom Boots hearken back to the days when we all reveled in TV Party, TV Eye, and TV Casualty; a time when the Dead Kennedys demanded that MTV get off the air.  Eerily reminiscent of our beloved eight hole Doc Martins, these boots are deliciously simple, shiny, and stompy.  They were built for both genders, so come to you modify and copy, so you can get these bad boys to fit.

The beauty of these boots is the color change HUD, which allows you to switch between six different colors.  And as long as you have advanced lighting enabled, the shine and bumpiness of the leather will pop.  Even without materials enabled, these are pretty stunning boots for all occasions.

The Seeth Ransom Boots are now available at the main store location, and on the Marketplace.

It isn’t typical for Avatar Bizarre to post more than one blog article in a week, but this time there’s Punk Rock in the air.  I was just too excited about the release of the Oi! Punk Pants (rigged mesh), that I couldn’t wait another week to tell you folks about them.

Once upon a time, in a land far, far away (or maybe in your own backyard), there was born a movement.  This movement gave us simple, sarcastic, and often-times, angry music from Mohawk coiffed young people.  They rallied against oppressive government, the establishment, Disco, and Hippies.  Pretty much in that order.  Punk slammed into the music scene, bludgeoning us over the head with blunt bands like Black Flag, Dead Kennedys, New York Dolls, Oi Polloi, and a whole lot more.  As the infectious music caused Grievous Bodily Harm and various aural trauma, the style shown by Punk’s erstwhile members was a sight to behold.

Jackets dripped with zippers and band buttons, pants were plaid, and Safety pins were liberally applied!

Avatar Bizarre is thrilled to present the Oi! Punk Pants as a tribute to that bygone era when men were men, women were women, and the Status Quo quaked in fright at the Young People™ in Mohawks and Liberty spikes.

OI! You lot.  Look for these on the Marketplace or Inworld at the main location.  Don’t forget to try the DEMO first.